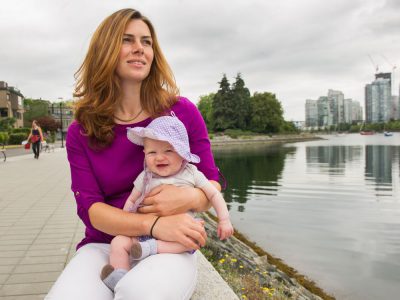 The Vancouver Sun did an interview with our Founder, Jessica Pautsch, and a video as well! Here’s the article written by Gord McIntyre:

Nobody likes to waste time, no one wants to waste away, but when it comes to food we waste $31-billion worth of the stuff each year, according to Statistics Canada.

Or, to put it another way as StatsCan does, about 30 per cent of the food we produce winds up in the dump and most of it is edible. This isn’t just a shame in the sense that one in eight Canadian homes are considered food-insecure; it’s a drag on the economy and a contributor to greenhouse gases.

“If food waste was its own country, it would be the third-biggest emitter of greenhouse gas (after China and the U.S.),” said Jessica Pautsch Regan, founder of FoodMesh. “Ideally, you’d like a target of zero food waste.

“Right now there are no teeth behind (food-disposal) regulations, food is still ending up in our landfills.”

Think of it as a food Tinder, with a dash of Groupon thrown in, for edibles that for whatever reason (it’s mislabelled, it’s recalled, its best-by date is ridiculously too early, it has a bruise, someone forgot to declare allergens, etc.) can’t be sold. FoodMesh finds someone who wants it — a food bank, a restaurant, a rancher who needs feed for his herd.

Take, for example, the case of organic nutrition bars.

The company that makes them mistakenly used non-organic sugar as an ingredient, thus rendering the bars not organic. It was cheaper to throw them out than to relabel them.

“There was nothing wrong with them, they’d just been mislabelled,” Regan said. “Companies have no Plan B, so they just throw food like that out.”

Part of the reason they do so, she said, is they don’t want to harm their brand by admitting to have made a mistake. FoodMesh addresses those concerns and others such as liability and cost.

“We’re a matchmaking network,” Regan, 35, said sitting on the seawall outside her False Creek co-op condo with her three-month-old daughter Davina resting quietly in her stroller next to her. “You can post privately to food banks or you can post openly, everyone is vetted, you can sell or donate instead of discard.”

It’s not common to see a woman start a tech firm, and more uncommon still to see one who totes her three-month-old baby into business meetings. (“Davina is part of the team.”)

A native of Hawkestone on Lake Simcoe in Ontario, Regan has been on a mission from the day in her early 20s that she got hired at UNESCO by basically making it impossible for the UN Education, Scientific and Cultural Organization to turn her away from their Geneva offices.

Since then she has taken on social enterprises and sustainable business projects. She started up FoodMesh after a friend showed her a photo of containers of food headed to the dump.

“My background is solving different sorts of social problems,” Regan said. “This (food waste) is the whopper.”

FoodMesh isn’t “profit-centric,” but recoups its costs through commissions, she said.

“Our mission is to solve the waste problem. We don’t want a punitive approach, we want companies to join because they want to. And because they can save money. I’m all in on this.”