When the Launching Pad Addiction Rehabilitation Society started working with FoodMesh in March 2020, it was to collect the food that Fresh St. Market in South Surrey was unable to sell, and turn it into three, well-balanced meals a day for its 25 residents.

With the regular and reliable supply of fresh food they were getting, the centre’s residents – male victims of substance abuse, some of whom are preparing to re-enter society after spending time in correctional facilities, were able to participate in a peer-to-peer kitchen initiative, where they learned to plan and cook their own meals.

“This is one of the ways we help our clients return to productive and healthy lifestyles – by giving them the skills and confidence they need to take care of themselves,” explains Tony Back, Executive Director of the Launching Pad. “One client wasn’t able to do anything more than microwave a pizza for his kids when he came to us. By the time he left, he was cooking complete meals from scratch.” 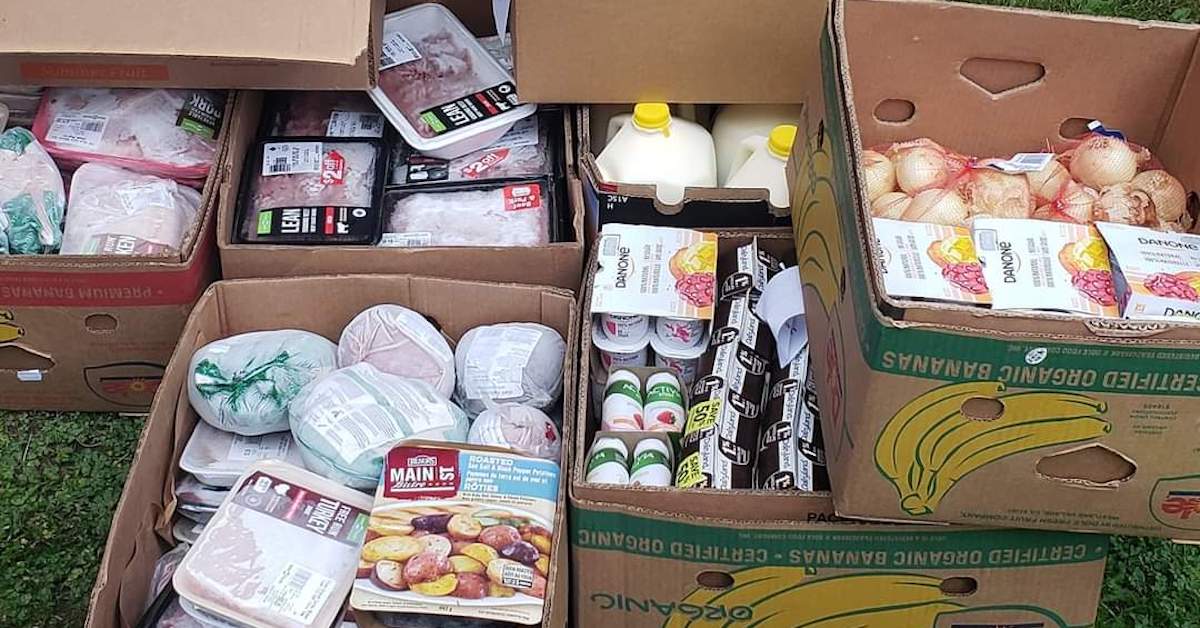 With this new supply of food donations, the Launching Pad’s food bill decreased dramatically, meaning they were in a position to allocate funds that were previously used to purchase food to alternate community initiatives, such as a clothing drive, to help collect and distribute clothes to the homeless.

“If it wasn’t for FoodMesh and the stores that donate their food to us, we’d be paying a fortune on food and not be able to do anything else to help people,” Tony explains.

It wasn’t long before additional retailers in the area joined FoodMesh’s Retail Food Recovery, including Save-On-Foods, Buy-Low Foods and Nesters Market, and the Launching Pad was invited to pick up perfectly edible food that was either close to its sell-by date or had aesthetic imperfections from them as well.

If it wasn’t for FoodMesh and the stores that donate their food to us, we’d be paying a fortune on food and not be able to do anything else to help people

“This little venture we started with Fresh St. Market soon morphed into something so much bigger,” says Tony. “After we got connected to more stores, we got well beyond what we could use for ourselves, which gave us the opportunity to use it to help others.”

Now, Tony and his team pick up donations from five stores in the area, and 364 days of the year, the centre’s residents are charged with unpacking, sorting and repacking about 600-1200 lbs of fresh food donations a day. These donations are then collected by half a dozen local community partners, who share it out to between 500 and 700 people across Metro Vancouver per week.

“One lady started to collect donations from us because she wanted to help some Syrian refugees who had recently moved into her apartment building. Now she collects food on behalf of 15 Syrian families every week.”

The Launching Pad’s priority is ensuring that access to this food is as low barrier as possible. “If someone is self-designating as needing help, then we are there to help them.”

Tony explains that when people are able to access food donations, they are able to use their hard-earned money to help themselves in other ways:  “By lessening their food bills, people can pay for other things like new shoes for their children, which they couldn’t do before.”

“I’ve had more letters of gratitude than I can count from the people this food has helped – I had no idea people around us were struggling as much as they were.”

The Launching Pad’s residents who are part of the process of collecting, sorting and packing and handing out donations, are also benefiting from this food sharing. “They get to be part of a program that is helping people around them, which goes a long way in helping them in their recovery. It gives our residents the realization that there is a whole world out there.”

When looking to what’s next Tony explains: “My goal is to maximize everything we can to ensure we get as much food to as many people as possible. There are a lot of people hurting out there right now and this is our way of helping them.”

He concludes: “I could talk a lot about how great this program is – it is so much bigger than the Launching Pad. I’m so happy about how it has grown, and we couldn’t have happened without FoodMesh.”

This is a great example of the Metro Vancouver Food Recovery Network in action.

The Metro Vancouver Food Recovery Network is designed to help organizations quickly and easily divert their surplus food to organizations that can put that food to its highest-end use. Learn more and join the network.